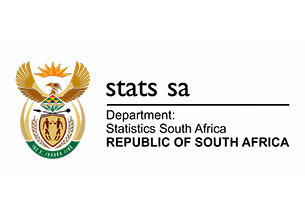 The challenge of moving boundaries and dwellings

One of the biggest challenges was the actual count: what to count and how to count it. One difficulty Statistics South Africa encountered was that the geographic boundaries were always changing; another was that not all dwellings and households had a unique identifier. As a result, one dwelling counted in one census was not necessarily there the next time the census was taken, making data accuracy a concern.

To bridge the gap between censuses, Statistics South Africa undertakes community surveys. Survey data helps to maintain demographic and socioeconomic data at municipal level, and to assist government and the private sector in planning, evaluation and monitoring of programs and policies. A survey has many of the same challenges as a census, and it is imperative that the resulting data for both is accurate, especially data at detailed geographical levels. Statistics South Africa uses SuperCROSS for fast, flexible tabulation and analytics, to easily handle, manipulate and analyze the census and survey data.

The challenge of publishing data for demanding public and private users

Since its first census, the demands on Statistics South Africa for census data dissemination have increased exponentially. Statistics South Africa employs two online methods of meeting this demand. One is using SuperCROSS to create cubes, which are disseminated via SuperTABLE. Cubes provide users with the flexibility to run any query they want based on those cubes.  Statistics South Africa also uses SuperWEB2 for web-based ad hoc tabulation, providing both the public and private sectors with more detailed data for their individual analytics.

SuperSTAR allows us the freedom to do almost any cross-tabulations, which means that we are better able to meet the data requirements of our stakeholders.

Statistics South Africa is the government agency responsible for South Africa’s official statistics. Its mission is to lead and partner in statistical systems for evidence-based decisions.

Requirement to make census data as useful as possible, and as widely shared as possible.

After you submit this form, one of our representatives will be in touch to discuss your corporate needs and organise a limited period trial of our products, if suitable. We won’t share your details and you can opt out of communications from us at any time.